If Cannabis was Legalized Nationally, it Could be Terrible

If Cannabis was Legalized Nationally, it Could be Terrible

If you're an avid cannabis user, the typical, de-facto response to legalization of any sort is cause for celebration.  With states like Oklahoma opening their cannabis market to medical patients, but the regulations being so relaxed that basically anyone that wants a license can get one, to even states like California and New York existing as the established powerhouse stoner states, legalization means more access to your favorite weed brands.

It's not all rainbows and unicorns, though.  What if cannabis was legalized at the federal level?  What would that look like and how would it ultimately affect you as a regular user?  Instead of glorifying the what-ifs should such legalization occur, we're going to focus on how this could potentially suck.  Without further ado, let's jump right in!

Before we jump into listing out all the negative aspects of legalization, it's best to understand why we are taking this stance.  If BLVK Label is the cannabis arm of BLVK E-Liquid, the original parent company comes from a regulatory landscape where the FDA is this all-seeing, all-knowing agency that has basically crippled the e-cigarette industry in America.  Since BLVK already has a relationship with the FDA, it has witnessed everything from unnecessary negative press, fear-mongering all in the name of protecting the youth, and foregoing any degree of objective, scientific research on products.  Should cannabis legalization happen at the federal level, the FDA, being the Food & Drug Administration would likely gain jurisdiction over it.  And if the agency has already demonstrated this for the vaping industry, it is highly likely that the same or similar results would occur for the cannabis industry.

WHY COULD NATIONAL LEGALIZATION BE A BAD THING?

National legalization of cannabis isn't a new concept.  The proposed legalization bill has seen seven different iterations, each failing for a myriad of reasons.  The current legalization bill still doesn't stand a chance of passing given that the Democrats only hold the majority by a slim amount and most Republicans are still firm supporters of the War on Drugs.  Nevertheless, let's entertain the idea that cannabis was on its way to legalization.  Why exactly could this be a bad thing?

Well, for starters, the bill is called the Cannabis Administration and Opportunity Act (CAOA) and the face of it is Senate Majority Leader Chuck Schumer.  Schumer is a recently reformed supporter of cannabis.  And by recent, we mean less than 10 years ago, he was openly advocating for more of us stoners being thrown in jail.

Anyways, the CAOA would do several things to the cannabis industry.  To name a few it would:

Given our attitude with how the FDA has handled things on the e-cigarette side, this could spell disaster.  Similar to how the FDA created the Center for Tobacco Products (CTP) in the early 2000s to regulate tobacco and e-cigarette products, the agency would create the Center for Cannabis Products (CCP - not the Chinese Communist Party, but might as well act like it) to regulate everything from advertising to labeling and would probably require companies to spend hundreds of millions of dollars proving why cannabis is a benefit to public health and not a menace.

THE FDA RUNNING THE SHOW IS TERRIFYING 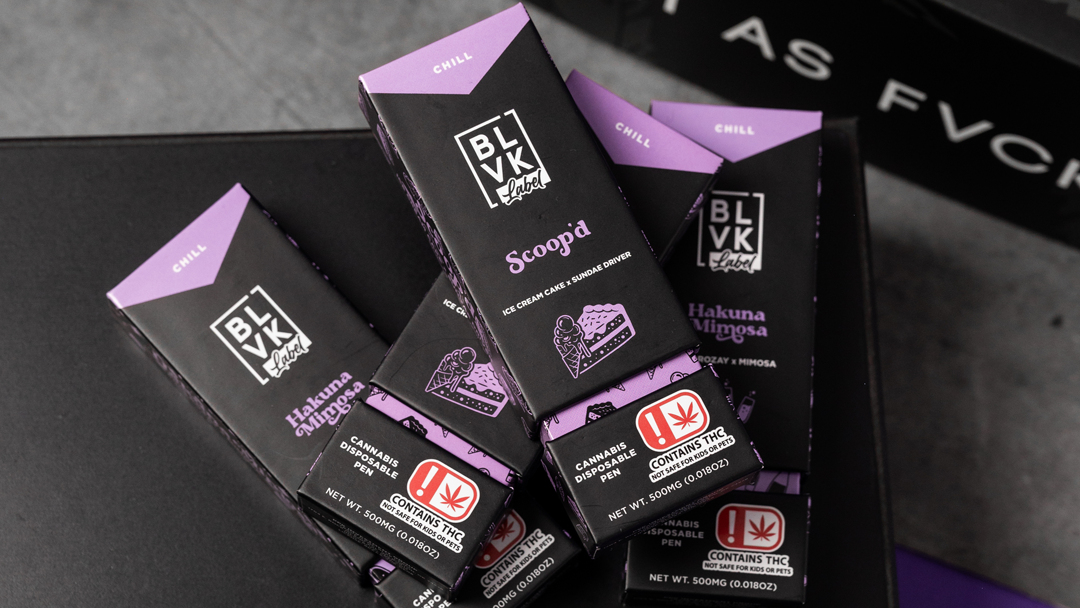 First Order of Business: Flavors Are Out

Okay, so let's imagine cannabis is legal nationwide and the FDA's CCP is running the show.  First and foremost, flavors are out.  This means distillate-based cannabis concentrates and vaping products such as the BLVK Label Disposables Series would be out.  Why?

Well, if you look at what the FDA is doing to the e-cigarette industry, they have villainized flavored e-liquids, despite several studies citing that flavors help chronic tobacco users make the switch over from cigarettes to vaping products.  The FDA has villainized flavors by arguing that they attract youth use.

This means in addition to cannabis and its attached terpene profile, should there be any other flavoring added to the concentrate, such as a botanically-derived terpenes used to make Ice Cream Cake actually taste like the sweet and bold dessert flavor its portrayed to be would likely be targeted by the agency.  This also means that way in which a product is depicted on a cannabis package would fall under regulatory scrutiny as well (more on packaging and labeling later).

But wait, what about cannabis-derived terpenes such as Limonene and Linalool?  Both of which are naturally-derived terpenes that give off a lemon and citrus profile respectively?  Aren't lemon and citrus both considered to be flavors and therefore would fall under the "youth attraction" way of thinking?  Well, we don't have the answers to that, but we are sure that the FDA has it all figured out.

Remember, the FDA finds flavors to be a menace to society and will work with whatever anti-anything advocacy groups to villainize it.

Second Order of Business: Strangle the Living S#@% Out of Compliant Packaging

Next, would be labeling, which is a general term used to describe how a cannabis product would need to be packaged.  The FDA would likely follow suit with the states that already have a cannabis program, either medical or recreational already in place.  For the state of Oklahoma, a compliant cannabis product needs to be in a child-resistant container, possess the OMMA cannabis symbol, and a few health statements permanently affixed to the packaging.

Seeing that the FDA is basically just one huge bureaucracy, they'll likely take labeling regulations to the extreme.  For example, your typical cigarette box or e-liquid bottle needs to have the following statement, it taking up literally 30% of the  package: WARNING: This product contains Nicotine.  Nicotine is a highly addictive substance.

The FDA's CCP would likely require all cannabis packages to state: WARNING: This product contains Cannabis.  Cannabis is a mind-altering hallucinogenic substance.  While this statement isn't necessarily a bad thing, it's not necessarily a good thing, either.  Remember that to purchase a cannabis product, a qualifying patient or an adult over the age of 21 would need to purchase said product(s) from a licensed dispensary or delivery service.  So, who is really seeing a cannabis package?  Cannabis consumers - not a child.  In our opinion, this is a useless regulation that fails to serve the purpose of protecting public health and would only spell even more costs companies would need to pay just to remain in the market.

Good rule of thinking: "vice" or luxury products are subject to taxes.  After all, why would a country legalize something if they can't make money off of it too?

States with cannabis programs already impose taxes for the industry.  And everything, at all levels are taxed.  Cultivators need to pay taxes based on weight, manufacturers need to pay taxes on finished products sold to distributors or dispensaries, and most importantly, all of these taxes are passed through to you, the user.  This is why buying an eighth for $35 in California is actually going to cost you nearly $50 due to taxes.

Federal legalization would add a progressive federal tax system on top of the existing state tax structure; and its rates would vary based on how large a company is.  Large manufacturers would need to pay a five percent excise tax for the first two years, 15 percent year three, 20 percent year four, and 25 percent by year five.  Smaller manufacturers would pay half the rates.  And if the nightmare in California's cannabis tax program is any view into what is to come, over-taxation is likely to occur; which means weed is only to get more expensive.  Can you reasonably justify spending $70+ dollars for an eighth of weed you'll likely finish in a day?  Maybe two days? 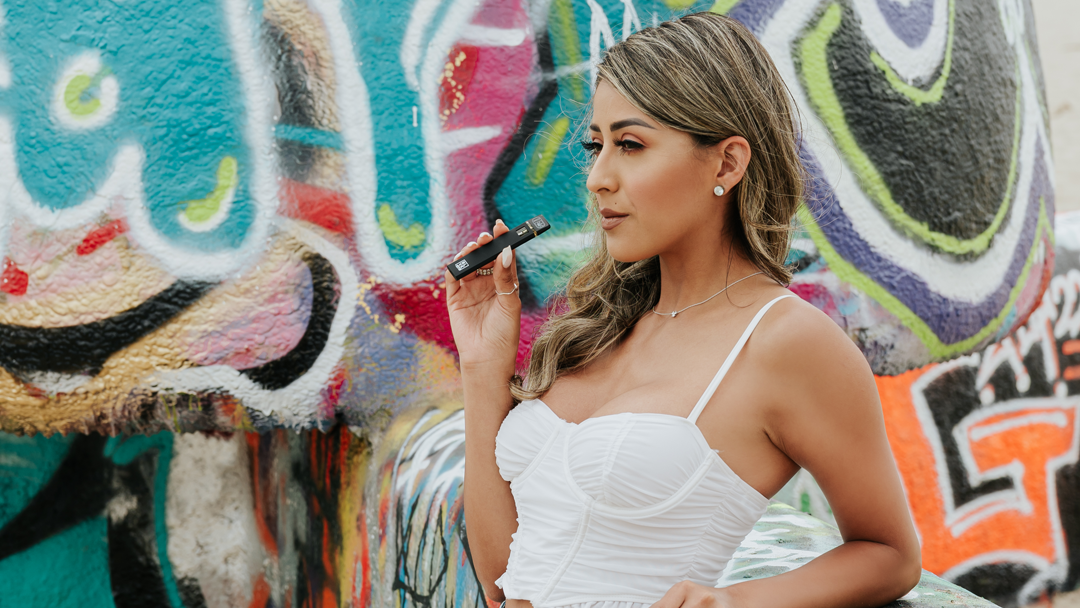 Final Order of Business: Force Companies to Demonstrate Cannabis is Not a Detriment to Public Health

If the War on Drugs was any indication of old men in power and their thoughts on cannabis, it's this: weed is bad and they will do everything in their power to make it as difficult for you to get your hands on products as possible.  And the FDA are the experts at making things unnecessarily difficult.  Their main goal as an agency is to protect the public health.  And to achieve this bottom lime, it is highly likely that they'd require cannabis brands to demonstrate that their products are safe.  And no, we don't just mean the compliance testing required for all products before they can enter the market.  No, that seems too easy.

Instead, the FDA would require companies to submit a Premarket Cannabis Application!  Which is a scientific report detailing everything there is to know about your products and how you've taken the time, energy, and money to demonstrate that getting stoned is good for you and good for the rest of the country!  Because, you know, cannabis companies have literally millions of dollars just sitting around, right?  And then, once companies pony up to take this on, the FDA will do absolutely nothing about it and blanket-deny everyone for incredibly vague reasons, thus perpetuating the limbo of "is this industry going to die, or are we okay?"

All in all, the FDA running the show sounds like a nightmare. 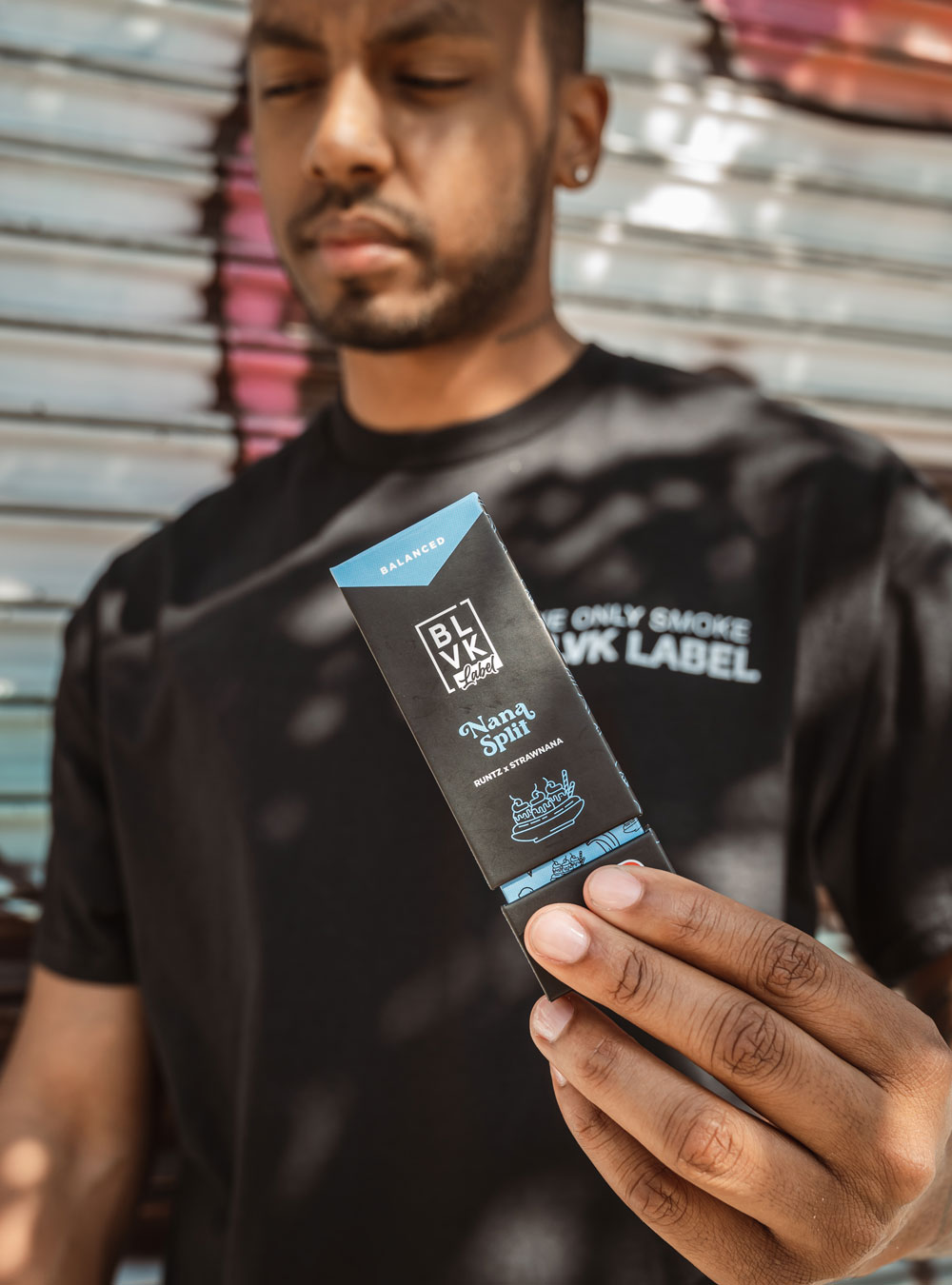 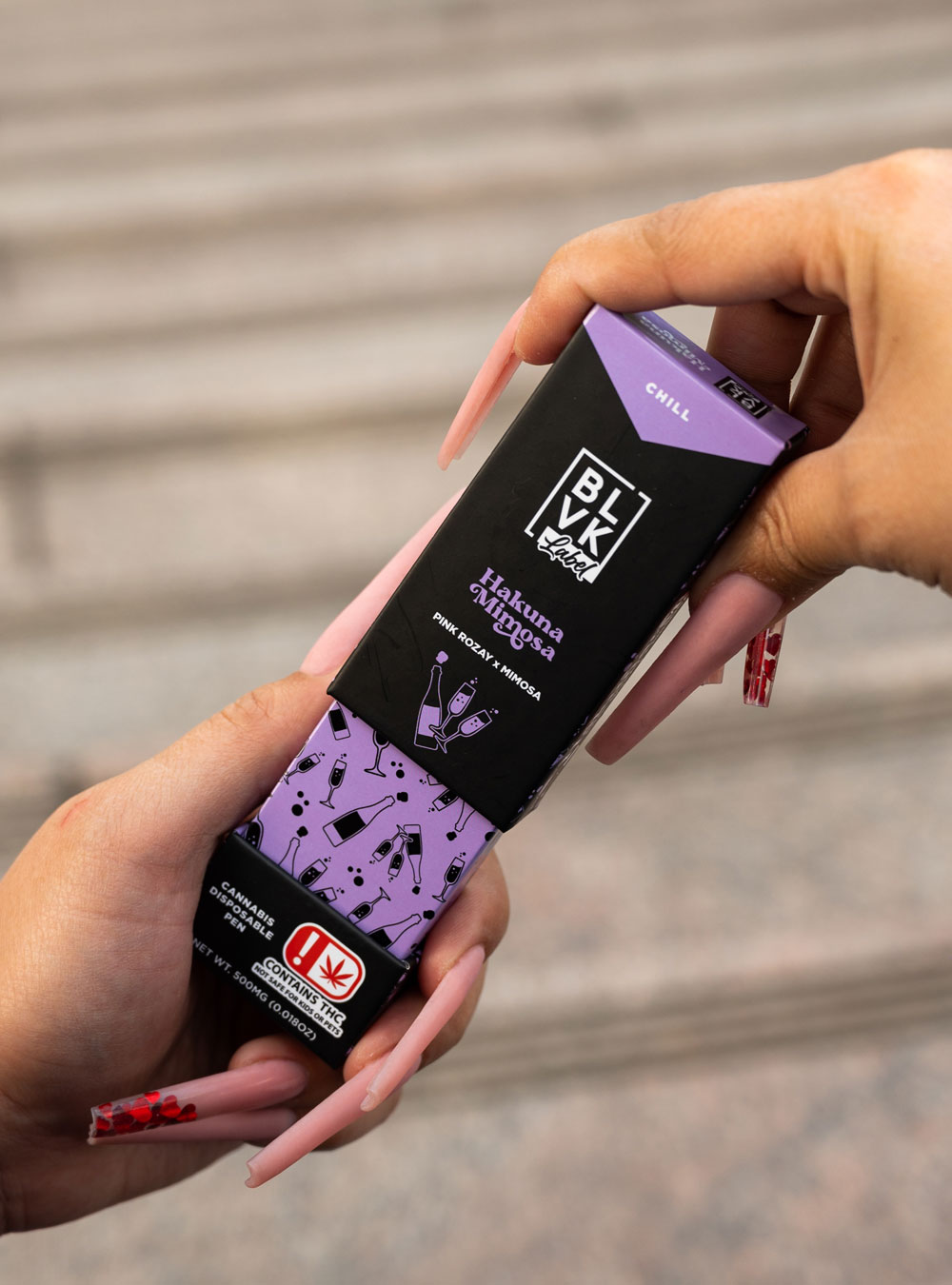 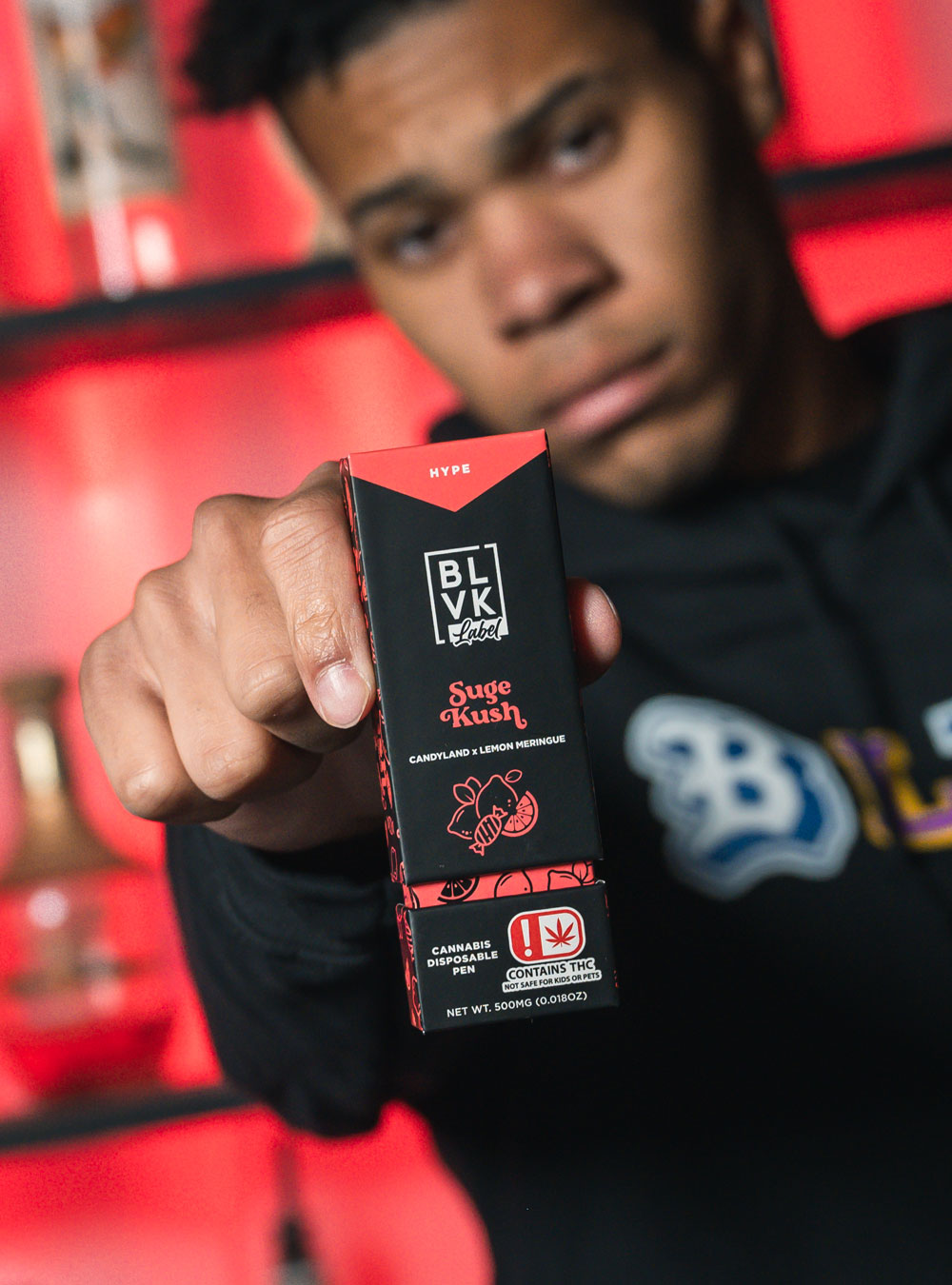 Remember how we stated that the Democrats only maintain a tiny majority?  This means that assuming every single aspect of the bill is approved, and the entirety of the Democratic party is on board with what the bill is proposing, it is still highly unlikely that the bill will pass into law - and here's why.

Republicans historically dislike "Big Government."  Big Government means various agencies and jobs that exist to effectively control every aspect of your life.  And having a law put in place that expands the FDA's jurisdiction through the creation of the CCP only means the government apparatus is getting bigger.  On top of that, tax increases are also frowned upon by the party.  Just those two points alone would already receive pushback from the GOP.